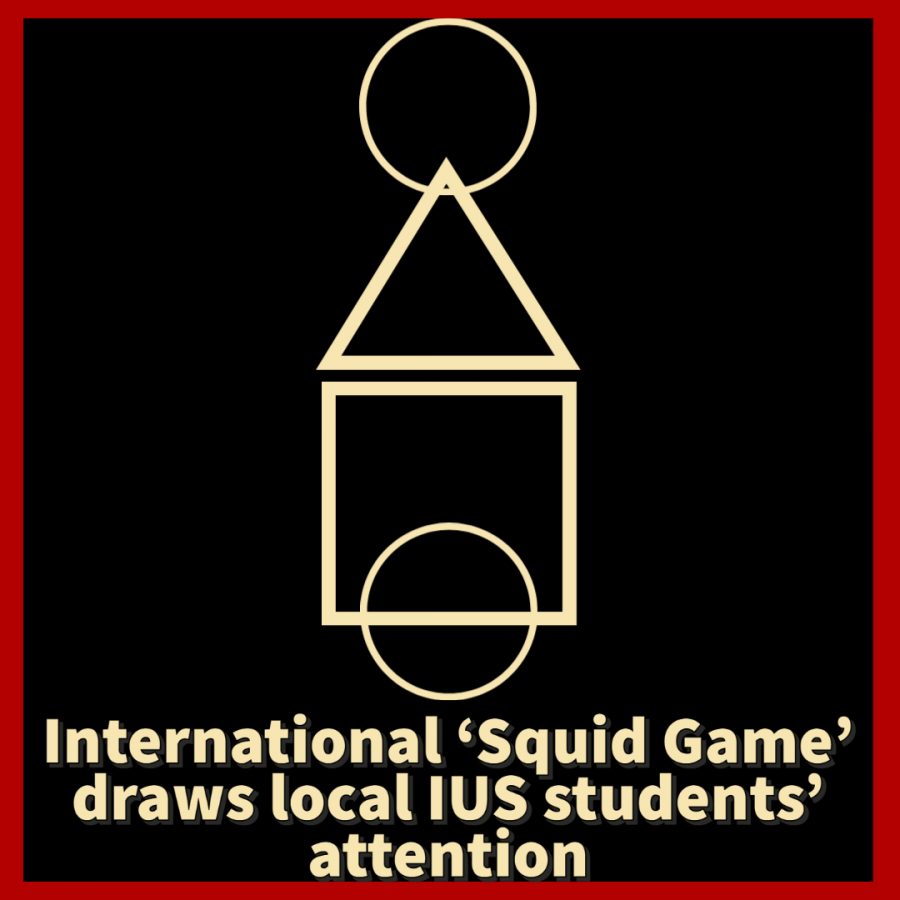 Students at Indiana University Southeast, like many others around the world, have their own thoughts about the critically acclaimed and wildly popular “Squid Game” on Netflix.

Ethan Kruer, a senior psychology major, said it is a “very different concept from anything most people have seen before.”

The nine-episode South Korean-based thriller has given audiences much to think about in terms of wealth inequality in South Korea, as well as in the United States. More specifically, students at IUS have noticed and understood the underlying themes within the show about the wealth inequality that permeates society.

“I felt a lot of emotions for the characters in those nine episodes,” Kruer said. “I definitely cried a few times and that’s a sign of a good show to me.”

Jakob Jawor, a sophomore studying journalism, said most people feel empathy towards the characters in “Squid Game” because “most people have a form of debt.”

“Who wouldn’t want all that money to get rid of that stress?” Jawor said.

One factor that played a role in so many young Americans watching the show was social media. For Gracie Beck, a sophomore marketing student, TikTok was her entry into the show.

“Videos started coming out about it on TikTok,” Beck said. “So that’s how I found out and it made me curious enough to watch it.”

After having her curiosity piqued, Beck said she ended up watching the whole show in only a few days. She said she liked the plot of the whole story and that it was “very intriguing.”

As students dig deeper into the meaning of the show, they might draw parallels between the characters’ financial plight and their own.

“I think while some may miss the point of the show, many find a message that suits them,” Kruer said. “Whether it’s to be a better father or son, or how human nature can be really ugly when it comes to fighting for survival.”

He also said he thinks the financial disparity in the show can give audiences perspective on how to look at life and its meaning.

“I think we can learn a lot from this show when it comes to how we treat others and how wealth isn’t always the most important aspect in life.” Kruer said.