IUS students should trust The Horizon for their news 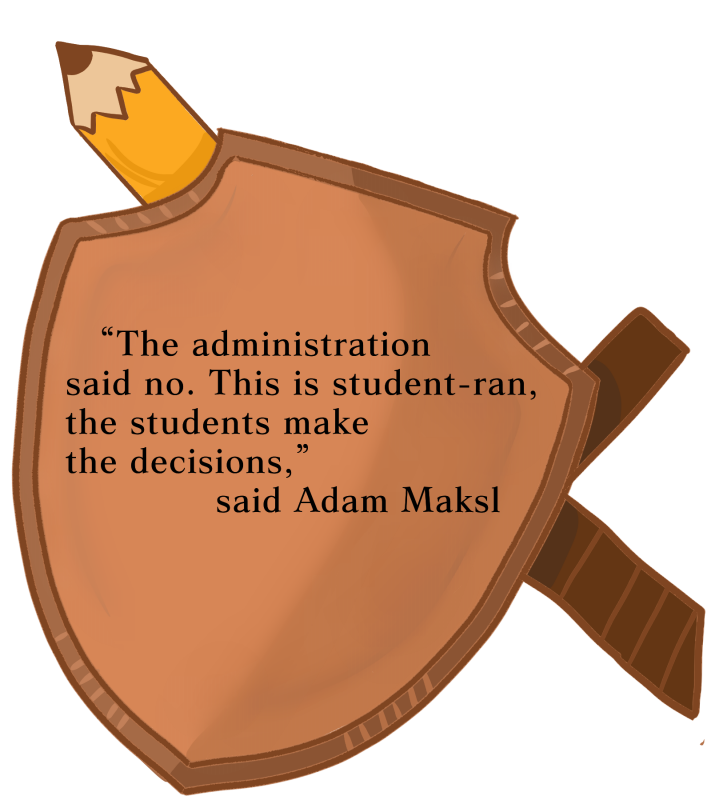 Two truths and a lie.

The ice breaker game makes me want to groan just thinking about playing it.

The reason I hate it?

So when one of my professors asked my classmates and me to play it as a get-to-know-you activity at the start of the semester, I had to think on my feet.

I lied by saying I was good at lying.

My classmates saw right through my ruse and broke out in laughter. And that was the point — I wanted to make people laugh.

But my joy didn’t last long.

Since I was a journalism student, a classmate turned to me and said, I had to be good at lying.

Hearing someone say this about my future profession really got to me. I stayed up some nights thinking about this. I was not offended by it, but I was very concerned about how my friends in journalism and I will be viewed when we start careers in media after college.

I was always told that journalists had to report the truth and only the truth, and as a senior journalism major, I live by that. So that got me thinking about how much students at IUS trust not only the school’s media, but also professional media.

“I don’t trust the media that much,” said Hannah Powell, a senior majoring in organizational communication. “I feel like in the 80s, or even before that, you could trust what the media had to say.”

Powell is not old enough to have memories of the 1980s, so what was it that made people like her feel they could trust the media from that long ago?

Social media is part of the issue, she said.

“With the development of new media like LinkedIn and Facebook, it’s really hard to trust,” Powell said. “I feel there’s some sources that are still holding the facts.”

Powell, however, said she trusts student media, like The Horizon.

“I don’t think it’s specifically tied with all the other stuff that’s going on,” Powell said. “I feel like because it’s a school and education program, they actually want to make sure they’re giving relevant facts.”

Hearing her say this made me question why student journalists seem more trustworthy. If The Horizon was covering a presidential rally, would we be trusted to cover that event?

Madeline Weston, a freshman majoring in fine arts, had a different take.

“I don’t trust any type of media,” Weston said. “I believe there’s always a part of the story missing or has been warped.”

I understand why someone would think this in today’s age, but I believe if you are getting your information from a trusted source, that should not be a problem.

But Adam Maksl, associate professor of journalism, told me Weston’s distrust isn’t all that surprising.

As more and more local newspapers have shut down, the media has become concentrated at the national level. And when people don’t know the people reporting their news, it makes it harder to trust what they’re hearing.

Weston said her skepticism applied to The Horizon, too.

“I definitely don’t trust school media,” Weston said.  “I’ve known quite a few schools that will cover things up to keep up their reputation.”

When she said this, it got me thinking about which schools have done this before. I have not heard many cases of this happening. So, I asked her to expand on it.

“A previous online school I attended covered up the fact they were being shut down until a few weeks before,” Weston said.

What Weston didn’t know — and perhaps many other IUS students don’t know either — is that The Horizon is editorially independent.

This means that The Horizon is run by students, including me. We have complete control over what stories The Horizon publishes and how the stories are framed.

We do have an adviser, Mandy McLaren, who is an active reporter for The Courier Journal in Louisville. But she cannot dictate what The Horizon publishes.

Nor can IUS officials.

“I know the administration has been approached by people who wish they would bring a heavy-hand in (changing Horizon stories),” Maksl said. “The administration said no. This is student-ran, the students make the decisions.”

Still, talking to Powell and Weston made me realize that it won’t be easy in the current climate for The Horizon to be viewed as trustworthy.  So I asked them if there’s anything specific students studying journalism could do.

“It is a personal decision to make sure that you are being accurate with all your information,” she added.

This is close to what I was taught to do when becoming a journalist, so I liked this answer.

“I don’t think students that study journalism will become distrustful. I think stories are often warped or forcefully changed by companies and it doesn’t convey the original report,” Weston said.

“I think to keep trust with an audience they should be clear if their stories are changed and try to keep with the most updated information they can find,” she said.

If I could go back to that day when my class played “Two Truths and a Lie,” I would have reacted differently. I would have looked at my classmate and told him that not all journalists lie. In fact, most don’t — including me.

I cannot speak for all journalists, but you have my word that I will be as accurate and honest as possible when I am writing my stories, and my colleagues at The Horizon pledge to do the same.