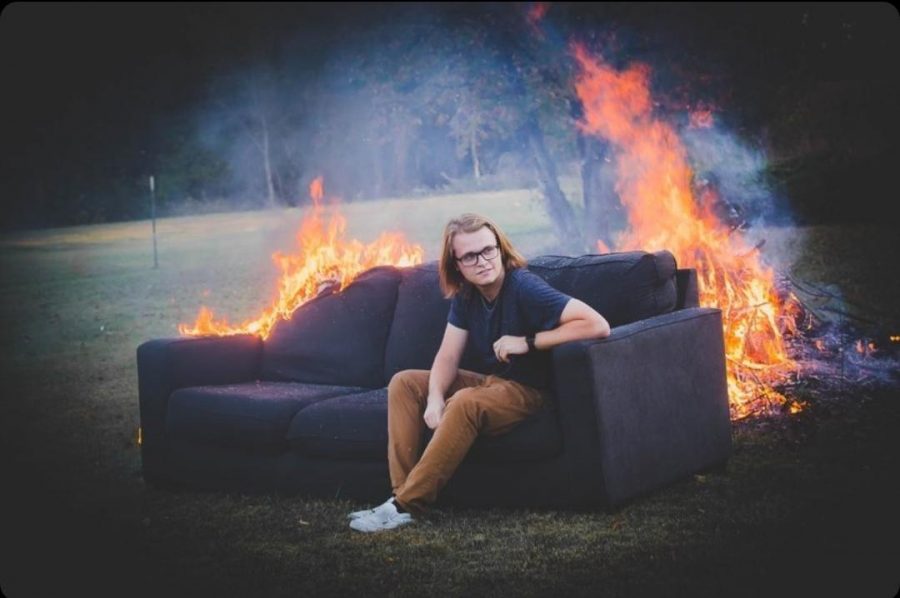 A codependent relationship is a struggle for anyone to deal with.

“Slashes,” a new album from IUS sophomore Luke Spine, portrays the story of a couple going through this type of relationship and how they overcame it.

Spine, an audio production major, told The Horizon he wants listeners to see themselves in his music.

“A reason I make the lyrics vague is because I want the listener to interpret the songs in their own way,” Spine said. “I think it makes music more relatable.”

He started writing the album at different times of his life without the idea of having a theme. Spine said he exaggerated some of the lyrics to fit the album, but they were all based on his own experiences.

The album has the sound of playing an old video game as the story progresses with the lyrics. It has a nostalgic feeling, and it brings memories of past people and events.

It is consistent with its sound throughout the whole listen. Spine utilizes the eight-bit sound, generating a feeling that is bittersweet and deep.

When thinking of a name for the album, Spine said he struggled. He said he was originally going to call it “Sunder” or ”Asunder.”

But then he came up with “Slashes,” inspired by the online symbol of a broken heart:</3. He also uses the slash when he wants to show that he is disappointed by making an old-school emoticon face: :/.

The album was written, sung and produced by Spine.

He’s most infatuated with the behind-the-scenes mechanics of songwriting, he said.

“To me, lyrics come second,” Spine said. “I’m really just a music producer who likes to sing, I just want to make stuff that sounds cool.”

Spine has a high school friend named Lauren Lewis, who is a sophomore at the University of Louisville majoring in music, appear with him on one song.

“Luke asked me if I wanted to sing on the song ‘Goodbye,’ and I said yes,” Lewis said. “Now when I listen to it, I get reminded of how fun it was to record it.”

After working on the album with Spine, Lewis is going to be making her own music with his help.

In the past, Spine has released other singles and an album on streaming platforms.

Spine has also found fame on TikTok, having about 66,000 followers and over 10 million total plays. However, it’s not all it’s cracked up to be, he said.

“I experience burnout from doing it,” Spine said. “It can be exhausting, annoying, stressful and disappointing when my posts don’t do well.”

“Slashes” has been streaming since Nov. 11 on platforms including Spotify, Apple Music and Bandcamp. To keep up with Spine and his music, you can follow him @LukeSpine on Instagram, Twitter, and Tik Tok.