Holidays not always ‘merry and bright’ for students’ mental health 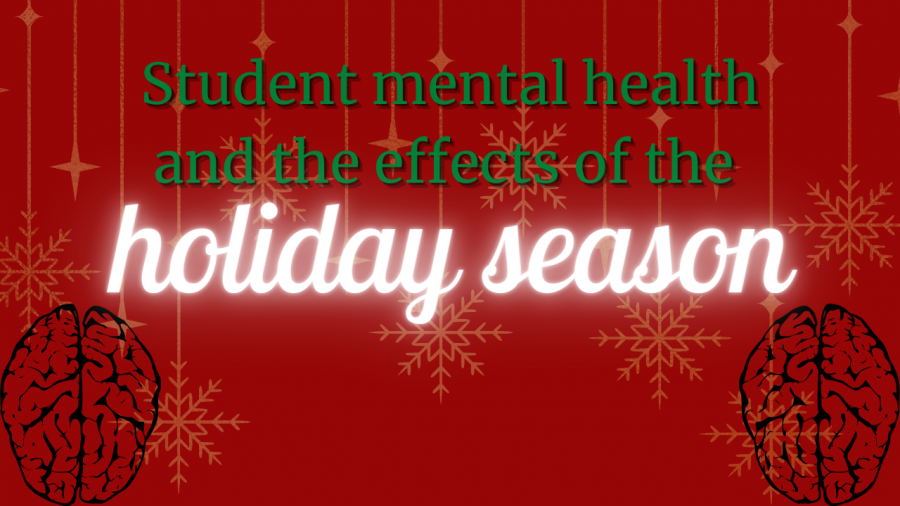 With campus shut down for the holiday season, IUS students could feel the effects on their mental health.

For some, the break means fewer worries about classwork and more time spent with loving friends and family members.

But for others, the holiday could actually worsen their mental well-being.

And students struggling during the holiday season may not be able to access services. That’s because the student counseling center at IUS is closed for half of December.

According to CAPS (Counseling and Psychological Services) data, counseling appointments decline during December, when the center is only open the two weeks before campus closes. In January, data shows appointments usually rise, with the largest volume of the entire academic year in the months of February and March.

The break from academics as a whole could be the reason for this decrease, but that doesn’t mean that IUS students aren’t struggling, according to  Dr. Michael Day, director of CAPS.

Students’ mental health could be worsened during the holiday season from the stress of having enough money to buy gifts, to being around unhealthy family environments. Another large influence is the “decrease in sunlight,” Day told The Horizon.

Other problems that could negatively impact mental health during the holiday season include — but are not limited to — “grief over lost loved ones that are no longer alive to share in the holidays, …increased alcohol use around parties, and disappointment around the holidays not being the same as when (they were) young,” said Day.

The most common factor students report that affects their mental health during the holidays is conflict and tension between their family, according to Day. A sense of loneliness can also occur while being away from friends that are seen daily on campus during school.

Shane Thomas, academic adviser at ACES (Advising Center for Exploratory Students), said that he feels this time of year may be harder for college students compared to other ages, because they are already “trying to figure out who they are anyways.”

As this age group is highly involved in social media there can be a certain “false expectation, that could make somebody feel bad too,” Thomas said.

Perhaps they don’t “have the same kind of ideal situation that a lot of the advertisements in marketing create around the holidays,” he said.

Although this time of year can be tough to juggle for some, Day said it’s not the ideal time to raise awareness about mental health. Doing so is “less effective during the holidays, as the messages get overshadowed by holiday messages,” he said.

“Many don’t think about the stress that the holidays may bring for some people or prefer to ignore it and focus on the positive or hoped-for elements of the holidays,” Day said.

Still, for some IUS students there will be “joy” awaiting them at home this holiday season, Day said:

“The joy that many people find in celebrating the holidays and time spent with healthy and supportive loved ones.”