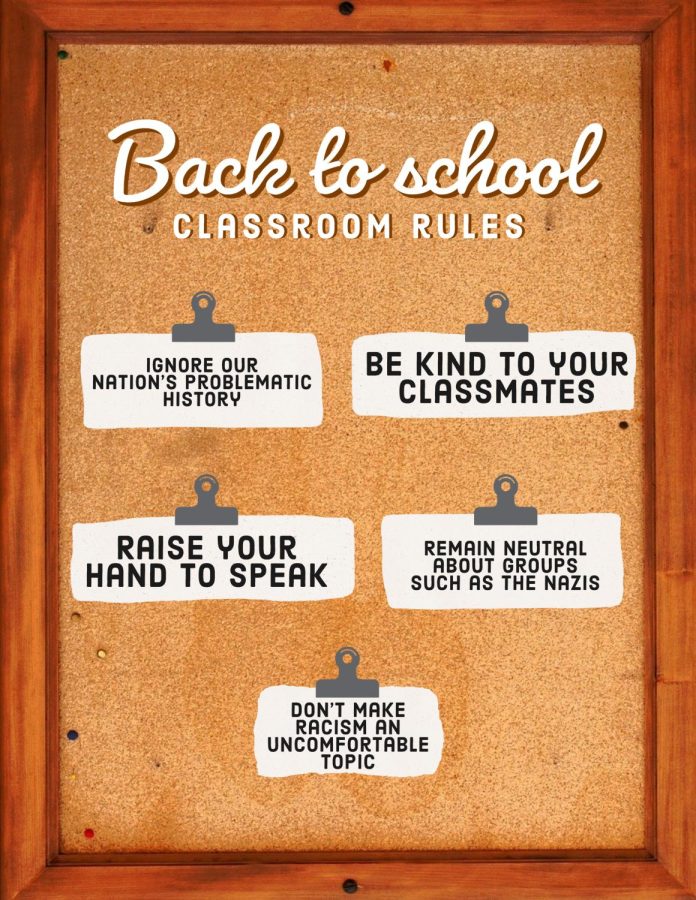 A bill that might ban the teaching of controversial concepts in Indiana public schools is going to the House floor after passing through a committee Jan. 12.

After the stalling of Senate Bill 167 consisting of the same nature, Republican Rep. Anthony Cook proposed a similar bill to the House’s committee of education.

After months of parents protesting aspects such as universal masking, teaching critical race theory, and more, Cook as a former history teacher replicated the stopped senate bill to show that schools should be speaking facts rather than theory.

New Albany Republican Rep. Ed Clere and Democrats on the committee voted against the bill. However, the other eight Republicans voted in favor and it now heads for a full House consideration after passing eight to five.

With the contents of House Bill 1134, entitled “Education matters,” being a disputed topic for current educators, many education students on campus are worried about what lies ahead.

“It sort of feels like the freedom that you are given as an educator is being taken away,” said junior Dylan Hampton, an IU Southeast education major.

“One of the appeals of being a teacher is the liberties that come with having your own classroom and you get to decide what is the most important thing for students to know,” he said.

According to an Indiana State University’s (ISU) Bayh College of Education study nearly 97% of schools in Indiana are experiencing teacher shortages.

ISU Emeritus Professor Terry McDaniel says he thinks standardized testing, low pay, and mistreatment from parents are the forces behind the increasing shortages.

With a bill full of parental control over the curriculum, these teacher shortages could become worse.

Even with the possible change of parental control in curriculum Dr. Donna Albrecht, director of graduate studies at IU Southeast’s School of Education, says they don’t plan to change how they lecture.

“I believe the professors and instructors in Schools of Education teach [future] educators by following the academic standards that guide our profession and that must not change,” she said.

Additionally, Dr. Albrecht said that the future generations need to be prepared on how to stand up for themselves against racism and discrimination.

Another discrepancy many feel with the bill is the clause relating to what teachers are and aren’t allowed to address when talking to students.

This portion of the bill could limit teachers’ abilities to help students when it comes to academic struggles or even struggles outside of the classroom.

“Part of teaching is building a relationship with students and if these relationships are limited, teachers are going to have a tougher time getting students the knowledge that they need to be successful and sociable,” said Hampton.

The bill does not have a set date to move forward in the Indiana House of Representatives. Teachers in the state’s union are asking that if any resident opposes this bill to sign their petition on the Indiana State Teachers Association website.