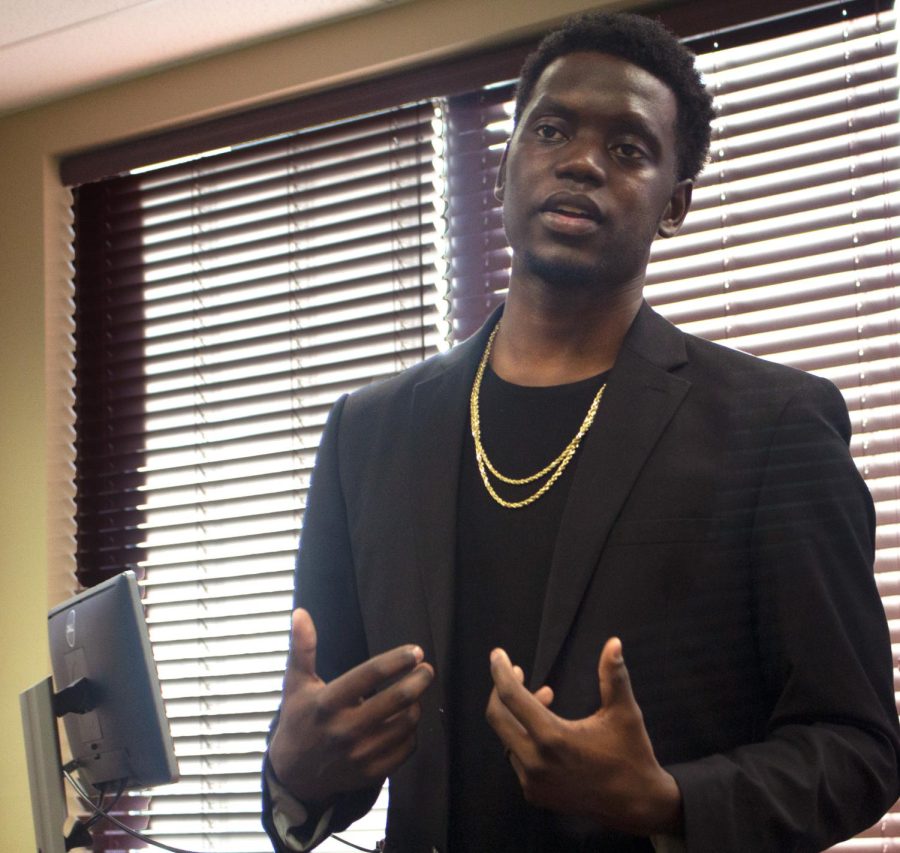 Following the deaths of his mother and eight others by a white supremacist in 2015, Chris Singleton began sharing—ironically—messages of resilience, forgiveness, and unity.

Singleton, a former minor league baseball player, tries to inspire audiences by delving into his personal experiences of adversity and his belief that God can guide people through any storm they will ever pass—including losing loved ones to violence. He has spoken with over 100,000 students and educators across the world, 60 organizations, and his clients.

Singleton’s mission is to unite people with his belief that “Love is Stronger Than Hate.” He presented his testimony—which put a spotlight on forgiveness and unity—at IUS on Feb. 1.

Singleton said many things, such as to not judge people based on what they cannot control, like their name, skin color, race, etc.

He added that one of the most important things when celebrating people is to feel confident about yourself. He referenced one of activist Dr. Martin Luther King’s speeches, “What Is Your Life’s Blueprint?” saying that people need to have a deep belief of our own dignity as well as others.

“There is always a story behind someone’s stance,” Singleton said.

Ericia Henry, a senior majoring in marketing and professional selling at IUS, also attended Singleton’s talk on campus two weeks ago, as well as in 2019. She found his message to be inspirational and wanted to hear it again.

Henry also, being a Christian, found Singleton’s message to resonate with her.

“It was a great reminder as believers that’s what God calls us to do; love people and forgive them,” Henry said. “That’s more important than hating since God forgives us.”

Something that also stuck out to Henry from Singleton’s speech was the quote by Charles R. Swindoll. Swindoll’s quote said, “Life is 10% what happens to you and 90% how you react to it.”

Henry said when Singleton referenced that quote that he loves and lives by that message.

“Things will happen to us in life, and we have to know how to react,” Henry said. “We have to push through.”

For more information about Chris Singleton, his message, and where he will be next, visit https://www.chrissingleton.com/ or find him on social media under @csingleton_2.