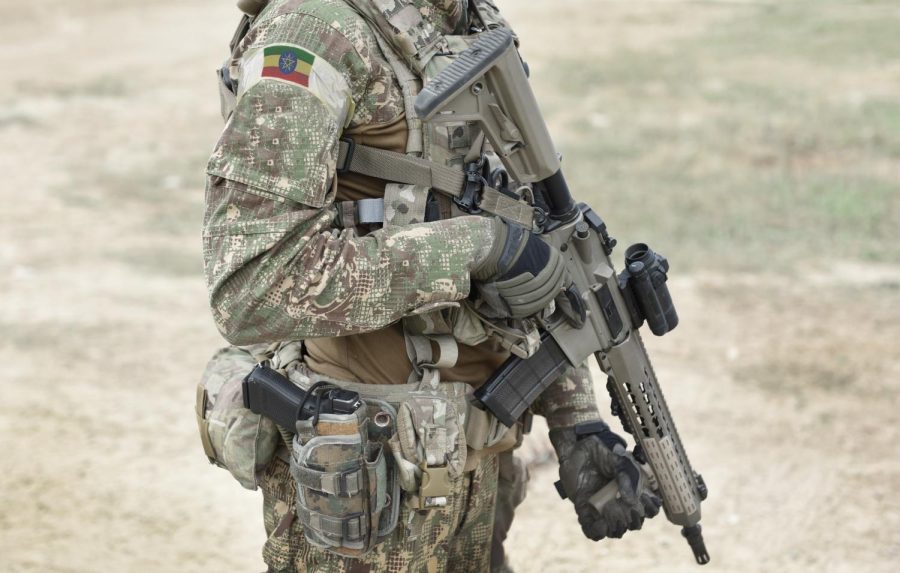 Most weekdays, it’s common to hear IUS students complain that they’re sick of staring at Subway sandwiches or a Papa John’s personal pizza.

Students who excitedly returned to campus this academic year have been sorely disappointed by so few dining options reopening.

But it all seems irrelevant when hearing what Shewit Gebreselasei, a sophomore health information management major, has to say every day about her endangered family in their native Ethiopia–where famine has taken root and a footlong Subway sandwich would likely become targeted by a dozen or more starving people.

In Gebreselasei’s home region of Ethiopia, known as the Tigray region, her community is under attack in a state-led genocide war. After holding an election to vote on a new prime minister back in Oct. 2020, current Prime Minister Abiy Ahmed was not pleased.

“Long story short, his term as prime minister expired on August 5, 2020, however, he refused to hold elections and used COVID as an excuse,” Gebreselasei said.

“We knew he was just using COVID-19 as an excuse to extend his term because the number of COVID cases was very low at that time.”

After hosting their own elections, the people of Tigray casted a total of 2.7 million votes and even voted for regional government positions.

After the Tigray’s 2020 elections Ahmed declared a genocidal war on the people of Tigray and its government in collaboration with Isaias Afwerki, the president of the neighboring country Eritrea.

Gebreselasei said Ahmed’s next move was to cut Tigray off from the world by shutting down phone lines, internet, electricity, banks, and other basic services in the region.

“Due to the communication blackout, I haven’t been able to speak with my family living there, and I do not know about their whereabouts,” she said.

“Not knowing their whereabouts, if they are alive or dead has been very hard on me,” Gebreselasei said. “If they are dead not knowing how they died, was it from indiscriminate drone strikes on civilians, was it from inhumane invading forces from the ground that attacked them in their homes, or did they die a slow painful death via starvation since there living under a full 360-degree blockade of food and aid by their own government.”

Alongside the blackout Tigray is facing, there is also a blockage on necessities such as food and water for millions of people. According to the United Nations (UN) 900,000 people are living in famine and another 2.2 million people face famine in Tigray.

Under Ahmed and Afwerki there has been war crimes and ethnic cleansing in the midst.

“Under the leadership of Abiy (Ahmed) and President of Eritrea Isaias (Afwerki), Ethiopian troops, Eritrean Troops, and Amhara Militias have committed significant war crimes and ethnic cleansing from massacring civilians, weaponizing starvation, and weaponizing sexual and gender-based violence against women and girls of Tigray,” said Gebreselasei.

“The victims’ stories make it clear that rape was indeed used as a tool of war and not a consequence of undisciplined soldiers,” Gebreselasei said.

Also, she said that some soldiers would berate women by saying phrases such as “a Tigrayan womb should never give birth” or mutilating their bodies to prevent them from bearing children in the future.

The World Health Organization’s Director-General Tedros Adhanom Ghebresyesus said in a statement that “the blockade preventing medicines and other life-saving supplies reaching Ethiopia’s Tigray has created ‘hell’ in the war-ravaged region.”

Not only are the Tigrayan people suffering from lack of assistance and necessities, but they are also being forced into concentration camps. The Telegraph newspaper reported that thousands of Tigrayan men, women, and children have also been placed in these concentration camps.

Gebreselasei said she wants action to be taken instead of world leaders just idly waiting.

“The United Nations haven’t even called a spade a spade, with overwhelming evidence the UN and European Union haven’t called the conflict in Tigray by its name… a genocide,” she said. “This leaves us with the question ‘What happened to the phrase ‘Never Again’ that the UN and EU said after the Rwanda and Holocaust Genocide?’”

For more information provided by Gebreselasei over the terrors happening to her home readers can refer to the links below:

Ethiopia: Eritrean troops’ massacre of hundreds of Axum civilians may amount to crime against humanity.

‘We just sleep and hope we don’t perish’: 2m in Tigray in urgent need of food – UN

‘A Tigrayan womb should never give birth’: Rape in Tigray.
Stand With Tigray Twitter video on genocide