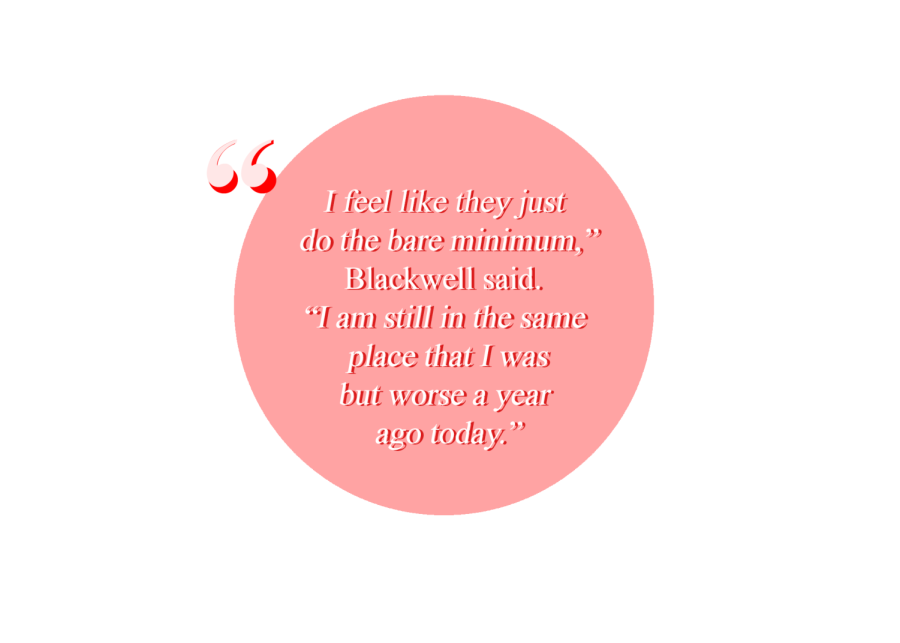 According to a patient and two former employees of Seven Counties Services (SCS) they have had issues being able to provide their services due to lack of workers and overloading therapists with patients.

SCS is a Mental Health Center that offers mental and behavioral health services, substance abuse treatment, and intellectual and developmental disabilities in and around the Ky community.

Makenna Blackwell, 19, of Shepherdsville, Ky has been going to counseling through SCS for a little over a year and has had continuous trouble time and time again.

Blackwell has been transferred between four different counselors since she started using the company’s services and is planning to meet with a fifth counselor as of March 3.

The patient was first introduced to the company after her former foster siblings were using the services for free. Then in early Feb. 2022 Blackwell was directed to use SCS for a second time by her insurance after spending a brief amount of time in the UofL Health–Peace Hospital.

She explained it is one of the only counseling services that will take her insurance and that this perhaps could be part of the overcrowding and hast transitioning from therapist to therapist.

“You can’t form a connection if you are not meeting with the same person,” she said.

The inconsistency and un-stabilization has left Blackwell explaining her surface level problems over and over again, but never dealing with the underlying mental health conditions of her anxiety and depression.

“The topics that we talk about in one session isn’t the same in the next. It seems like they forget everything that I have talked about,” Blackwell said. “It’s kind of just like a ‘hey, how are you doing today?’ And not a ‘lets go into why you’re feeling this?’ ”

“I had a therapist–that was my first therapist when I first started at Seven Counties–and she was doing telehealth medicine from her home,” she said.

“Her dog started barking and she screamed at them and said, ‘Do not make me go get the hanger.’ And I feel like that is nowhere near professional. It was a very traumatic experience to go through, when I had never gone to therapy ever.”

The patient advised that if this is the only option for someone to get help then to at least try it, but in the end has only given her, personally, more stress.

“I feel like they just do the bare minimum,” Blackwell said. “I am still in the same place that I was but worse a year ago today.”

The problems reach both ends

Former therapist at the Acute Child Psychiatric Services of SCS, Allison Allen, said that even in 2008 she took on “caseloads of 25 clients at a time.”

Allen said that the cases varied due to the severity of the patients’ symptoms and would at times meet with the same patient two to three times a week.

The amount of stress and anxiety led her to quit in August of 2010.

“I was very burned out and I needed a less severe office to practice. Also, I had a desire to move from secular therapy to faith-based therapy,” said Allen.

Another former therapist, who has requested to stay anonymous, worked at SCS for 10 years. She decided to quit in 2021 after taking on caseloads of 70 to 120 clients at a time. This amount of caseloads put her under “extreme amounts of stress and pressure.”

She explained how therapists were paid by salary and would only be paid for 40 hours a week, although it was extremely uncommon to work less than 50 hours a week.

Some people only have access to Community Mental Health Agencies which means that a system of care in the patient’s community is the primary provider of care for people with a mental illness, rather than a hospital or specific facility.

“There are quality therapists at Seven Counties, but no matter how good you are, no one can meet the needs of the number of clients that are seen at SCS,” she said.

Comments from the company

The Horizon has reached out to SCS and there has been no response after multiple attempts  through two different emails and their contact page.

Emails sent to the provided ones on their website have received automated replies or have been blocked from the provider altogether.

One automated message received stated “Your message to ombudsman@sevencounties.org couldn’t be delivered. The group ombudsman only accepts messages from people in its organization or on its allowed senders list, and your email address isn’t on the list.