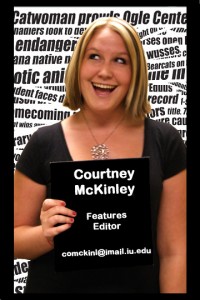 On a typical Monday night, I will sit down to begin writing a paper for school. However, instead of writing my paper, I double click the Google Chrome browser and type Facebook.com into my search engine.

Out of habit to procrastinate, I continue to prolong my homework process by utilizing my exceptional multitasking skills to check Facebook notifications, text message and research the Romanov Empire simultaneously.

As social media advances, this has become a reoccurring theme in my life and the life of my peers, as well.

Not only do I find it almost impossible to turn my phone off in fear that I will miss a dire text message or e-mail, it seems like I am addicted to being constantly connected with my phone contacts.

Because of the Smartphone popularity, people are texting while eating meals at restaurants, checking their Facebook during a class and limiting their physical communication with those around them.

Even generic phone conversations have decreased drastically in my life since text messaging was introduced.

I will use an average of 250 minutes a month on my cellphone but will send and receive more than 8,000 text messages a month.

With the increase in social communication through text messages and chatting, not only is there less personal interaction, but also less substance-based text conversations, which normally involve half-assed comments.

Unfortunately, a good portion of my daily text messages involve the basic “what’s up?” followed by the universal reply of “not much” or “same old.”

A peeve of mine that arose with the text message phenomenon was the use of poor grammar and stupidly inaccurate abbreviations.

When I receive text messages saying “miss u,” I want to respond with a sarcastic retort of, “This means nothing to me because you can’t seem to take the time to type out the word ‘you’ or put an ‘I’ at the beginning of your sentence, which also lacks a closing punctuation mark.”

When did it become insanely time consuming to type out a word correctly?

Also, is it really necessary for people to obsessively check their phone during a movie?

Apparently two hours is too long to be able to watch a $9 movie on a large screen without the craving to update a Facebook status.

While Facebook is a convenient form of communication, it has caused an impersonal social drift between users who are now more inclined to tell someone “Happy Birthday” on their wall rather than in person.

However, I’m just as guilty of this as anyone else because most of the time I am unaware it is someone’s birthday unless my Facebook showcases it to me.

If my generation would just turn their phones off for a few hours and surrender the computer, I think we would be much better off.

There is nothing wrong with wanting to be connected to friends and family, but when it becomes a catastrophic event to lose a cellphone for a day, there are probably some issues that need to be worked out.

Ultimately, I would like to see less cellphones at the dinner table and more personal interactions. Also, the correct form of “I miss you.”
I wonder how lost people would be without their phone for a couple of hours.

I know I’m not the only one with this unreasonable compulsion.

I can’t even imagine the result of my homework if I were to complete each assignment without the company of social networking.

Here’s some advice to fellow members of my generation: turn off the cell phone to enjoy the movie, dinner and company who surround you.