On Tuesday Nov. 3, some citizens across the nation will walk inside voting booths and select who will represent them in elected offices over the next few years. And next year, voters will select candidates for national offices.

In Southern Indiana and Kentucky, voters will select city council and state leaders.

The issues we face in these municipal and state races, and those that we will face one year from now in national races, can range from local street repairs, to state tax laws, to national debt concerns.

To make sense of it all, The Horizon has talked to politicians, campaign managers and young adults about a few of the issues we see as most important to college students.

Eight years ago, the U.S. faced dire straits – the national debt underwent a sharp rise in response to the financial crisis of 2007-08.

The deficit has continued to surge upwards with student loans playing a significant role in the money being owed as they are currently contributing $1.2 trillion to the nation’s total $18 trillion debt.

The Wall Street Journal reported that with credit card debt sitting at $890 billion and mortgage related debt topping the charts at $8.17 trillion.

There is no denying that the debt problem cannot be fixed overnight. However, potential solutions are being considered and developed by many politicians of varying political ideologies.

Arne Duncan, secretary of education, plans to propose a package that will be aimed at four-year universities accepting federal aid, forcing these campuses to improve success rates and ensure that graduating students will have the necessary working skills to take on the competitive job market.

Graduation doesn’t always ensure that students are prepared to pay back what they borrowed.”

According to Duncan, the motivation behind his package comes in response to a decrease in graduation rates and many campuses not offering programs through which students can see how the skills that have been taught to them can be applicable in their pursuit of a career, ultimately giving them experience before graduation and increasing their chances of finding a desired position in their field of interest.

Sara Jewell, a research technology specialist in the IUS Office of Institutional Effectiveness, provided detailed reports in regards to the attendance and success rates.

With IU Southeast having a current total of 6,173 undergraduate students seeking a bachelor’s degree, the package of proposals will likely benefit most on campus both during and after the expected four-year graduation.

Seeing as the graduation rates at IU Southeast are not wavering, but not necessarily hurting enough to require federal intervening and haven’t really faced too much of a decrease in recent years as other campuses have, the university will most likely only experience the direct benefits from the proposal as there will be more opportunities being offered at some point during the pursuit of a degree. 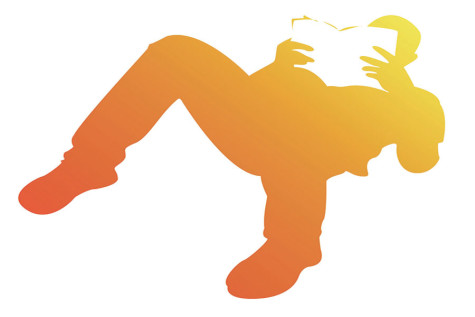 “Graduation doesn’t always ensure that students are prepared to pay back what they borrowed,” Greider said. “We try to promote financial literacy for our students. We also communicate with our loan recipients what they are borrowing and what that will look like as it comes time for repayment.”

While there may not be a quick fix to the escalating debt that most students must endure in their pursuit of higher education, Greider offers the advice that students monitor how they go about accepting the federal aid being offered to them.

When it comes to minimum wage job positions, the frustrations of labor and the low level of income received are often times at the forefront of employee’s minds. 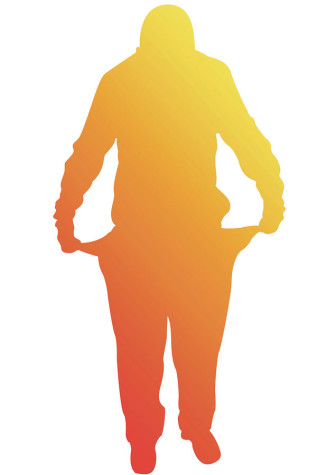 The grievances of money being earned from minimum wage jobs are nothing new seeing as political candidates have been acknowledging them in their campaigns for some time now and certain state governments have begun to acknowledge how the habits of today may require slightly higher grades of pay.

For New York, the dissatisfaction of statewide minimum wage has reached a tipping point for many working in lower level positions and in response to the discourse being had, Bill de Blasio, who was elected as mayor of New York in 2013, has made the decision to advocate an increase in the minimum pay being offered, as reported by the New York Times.

The restlessness felt by most low level income employees and the desire to correct this disinclination isn’t just centric to New York as other states, including Ohio, Washington and California, are expressing similar interests.

As of now, the push for an increase in minimum wage is specific to state legislation, but if proposed and executed properly, the raise in wages could be the stepping stone towards nationwide change, evidence of this being that the Lexington city council recently put the proposal for wage increase on its November 5 agenda.

With the widespread increase in minimum wage already scheduled for 2016, it is possible for the raise to seem almost dismal in comparison to what can happen if the aforementioned states continue their crusade – minimum pay could rise from $9 in 2016 to upwards of $12 in the years following.

Even with the anticipated changes in minimum wage salaries that are soon to be in effect, some, especially observing the matter from a sociological standpoint, are skeptical that the solution for the reoccurring issue hinges on the increase of money earned by hour and instead believe that the problem can be solved by raising the living wage. IUS faculty member Greg Phipps is one of these believers.

“What we should really be discussing, rather than minimum wage, is living wage,” Phipps said.

When it comes to raising the minimum wage, I do believe it needs to be done.”

Phipps, who is a senior lecturer of sociology, has a keen understanding of social development and institutions.

His knowledge proves to be beneficial when considering a critical analysis of social order, in this particular case understanding the injustices synonymous with minimum and living wages.

“As a sociologist, I think in terms of social justice and trying to elevate the standard of living for all Americans,” Phipps said. “When it comes to raising the minimum wage I do believe that it needs to be done and I don’t think that it takes an economist to realize that.”

So far this year 983 people have been killed by police officers according to killedbypolice.net, a site that tracks all police homicides. That number is on pace to match the 1,108 people killed in 2014 in the U.S. last year.

Many of these killings have been ruled justifiable. But as the riots in Ferguson, Missouri, and Baltimore, Maryland, have shown, not everyone agrees. 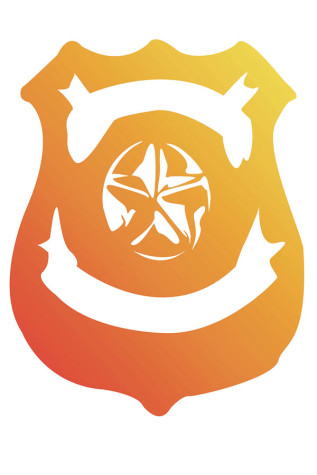 Some of these incidents have been caught on tape and gone viral. Officials, citizens and in some cases grand juries have examined and debated these clips, often with little result.

Officers have been indicted in less than 1 percent of these cases.

According to a 2014 Pew Research poll 70 percent of African Americans and 33 percent of whites believe that police officers do a poor job of treating racial and ethnic groups equally.

One possible solution that politicians and police departments have suggested is to equip officers with body cameras in order have a better idea of what really happens in dangerous situations.

But as Joseph Grant, lecturer of criminology and criminal justice and former Louisville police officer, told The Horizon last November, cameras don’t always capture everything that happens during an incident.

Grant said that proper training is just as important as technology.

“Everyone is looking for the camera to solve the problem of police misconduct, in particular, the use of excessive force,” Grant said. “Nothing takes the place of a well-trained officer.”

Grant said that body cameras should be one tool that many departments should use to prevent misconduct.

“Everyone is looking for a quick fix to police misconduct. There is no quick fix to the problem,” Grant said. “It requires organizational change and part of that is emphasizing sound decisions in the hiring of police officers and the continued training of those officers.”

Officer training can also be important for police to protect themselves.

According to the Officer Down Memorial, 32 officers have been killed in the line of duty by gunfire and three by vehicular assault this year. 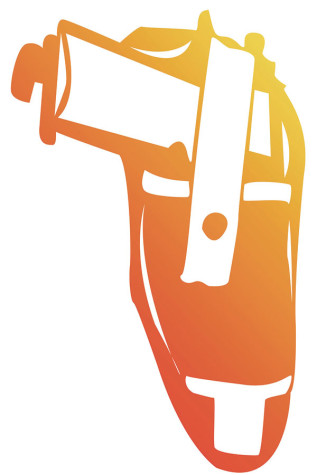 In early October, President Obama gave a speech asking for tighter gun laws in the wake of a mass shooting at a community college in Oregon.

Obama believes that the way to slow the rash of mass shootings in recent years is to keep guns out of the hands of criminals and mentally unstable individuals.

On the other hand, Wayne LaPierre, the NRA’s executive vice president, said after the school shootings in Newtown, Connecticut, “The only thing that stops a bad guy with a gun is a good guy with a gun.”

IU Southeast has had two lockdowns in recent semesters sparked by reports of students bringing guns to campus.

Both incidents turned out to be false alarms. But there have been students in the past that shared in Lucas’s desire to allow guns on campus.

Two years ago Students for Concealed Carry held an empty holster rally in support of allowing firearms in the classroom.

According to an April 2013 article in The Horizon, then demonstration organizer Drew Appel said that IUS was ill-prepared should an active shooter visit the campus.

“Having our university take the position of being a ‘gun-free zone’ would grant violent criminals a peace of mind should they decide to use our campus to execute their murderous rampage,” Appel said.

“I have seen trained police officers have misfires,” IUS Police Chief Charles Edelen said. “To think we could have people not as well trained [carrying guns] on campus is scary.”

House Bill 1143 has not passed but the issue of gun and school safety is not likely to go away.