Kristina Foster: The courage to speak out 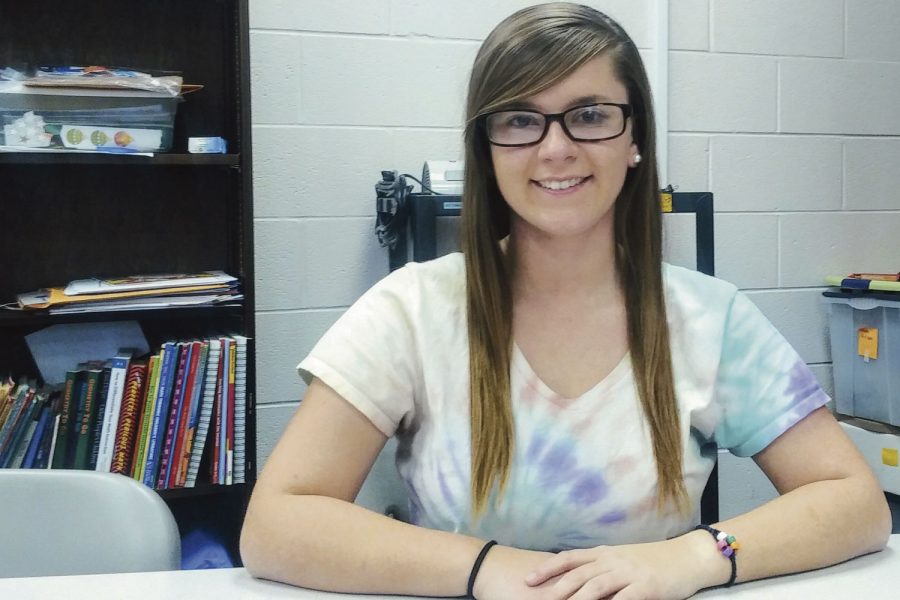 “It’s not your fault no matter what. No matter where you were, no matter what you were doing or how much you drank. None of that matters. It is not your fault,” Foster said. “Even if you don’t have the support of your friends and family, you can talk to the people on campus. They are willing to support you.”

Foster was sexually assaulted at a party by a friend.

“When I realized what was happening, I instantly went into shock,” Foster said.

Foster said she woke up with him on top of her. She went into shock and tried to pretend like she was sleeping, hoping to deter him. It didn’t work, and he was hurting her so she rolled away from him.

She said she was very scared. She was afraid he was going to try it again or that he would hurt her in another way. She said she lied to him, that she needed some water, and rushed out of the room. She ran upstairs to the bathroom and locked herself in.

“I just broke down into tears. I went to the bathroom because that was the only place I knew in the house,” Foster said. “I was crying. I was desperate for help. I kept asking myself ‘Why? Why did this happen to me?’”

Foster said the only thing she could think to do was to text some friends she knew were at the party. One of her friends answered and told her where he was. She left the bathroom to find him.

“He reassured me that everything would be OK,” Foster said.

Foster said the next day her friend told her what happened to her was considered sexual assault.

“I felt ashamed. I felt guilty,” Foster said. “I just had this feeling that it was my fault.”

The thought of reporting it was frightening to her, she said. She was afraid other people would learn what happened. She didn’t want other people to know.

Foster said once the news got out, people on campus started to avoid her. Others accused her of doing it all for attention. She said this made her feel worse about herself. She was already blaming herself for what happened.

Friends and mentors told her to seek counseling. She resisted at first because she said she did not want anyone to know that she was going to counseling either. After weeks of putting it off and at the persistence of someone from the Personal Counseling office on campus, Foster relented.

“It helped a lot,” Foster said. “I tried avoiding the question as much as possible. Just being able to be somewhere safe, outside of the normal world, was what really helped me realize that what had happened was what happened and it was not my fault.”

In the beginning, coming forward and reporting the sexual assault, telling others about it, was one of the scariest things about the situation, Foster said. She wondered what her friends would think. She wondered if they would feel differently about her.

Foster said the more that the people who commit assault realize their victims will talk, the less likely they will be to do it. She said she feels they do it because they think they can get away with it. They bank on their victims not having the courage or power to speak up.

“Knowing that they think that makes me mad,” Foster said. “We do have the power…the more we step up, the more predators will step down.”