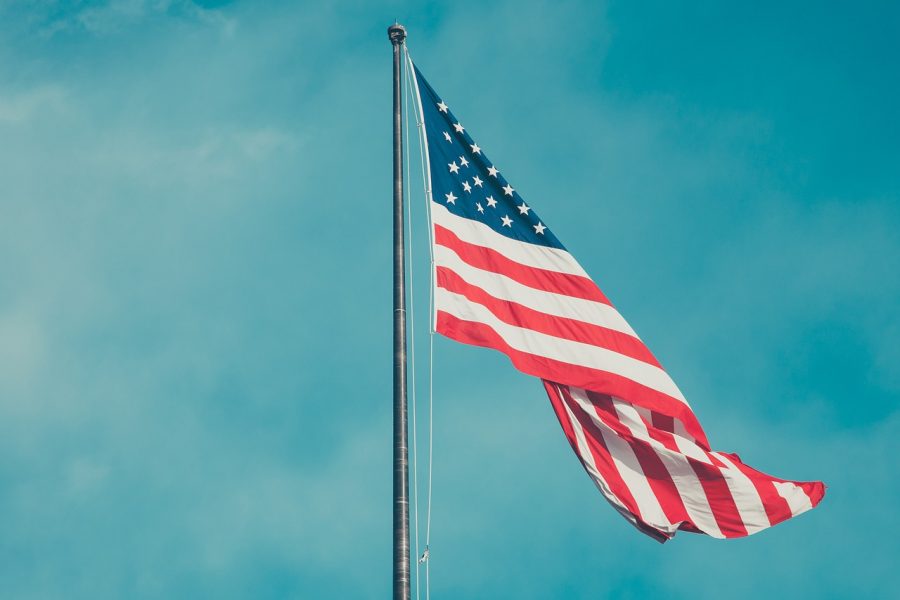 Is there value in your vote?

How the local elections could impact young adults and college students

Though college campuses are typically an epicenter for political debates and current issues, young adults tend to have the lowest voter turnout – especially during midterm elections. In 2016, voter turnout among Americans ages 18-29 was 46.1 percent – that’s 14.5 percent less than average, according to the U.S. census.

Political issues in today’s society can be overwhelming and complicated with long debates and tedious laws.

Voter turnout among young adults may increase if they are more familiar with how hot-button topics affect their lives.

Jean Abshire, IUS associate professor of political science and international studies, said issues such as healthcare, public education and the environment will be impacted by races included on local ballots.

“Politicians know that young people don’t vote, so why should they care about student loans?” she asked.

Abshire also commented on the importance of student voting.

“A lot of things that students are about are fundamentally affected by the government,” Abshire said. “If you don’t participate, there’s no way to get the government to work for you.”

“‘Are we moving in the direction I think we should be moving?’” Wert asked. “‘Is the incumbent, or his/her opponent, the best person to get us there?’ The answer to that question will tell them for whom they should vote.”

Each state elects two senators to form an assembly of 100 senators in Washington D.C. Each senator is elected to serve a six-year term, but there is no limit on how many times they can be reelected. The terms are staggered so that one-third of Senate seats are up for election every two years.

Though each party is concerned with local and national issues, both Republicans and Democrats have differing plans of action to overcome these issues.

The Affordable Care Act, also referred to as Obamacare, requires plans and issuers to provide health coverage on the parents’ insurance plan until the individual reaches the age of 26.

In line with the GOP agenda, Braun wants to repeal and replace Obamacare instead of repairing the law.

Braun said that a “top-down, government-run healthcare system” is not an effective method. Instead, reducing costs and increasing access to care are the best alternatives.

His solution also consists of allowing small businesses to pool together to purchase health insurance at lower prices to cut costs.

Donnelly has supported several bills and asked for relief on issues concerning healthcare. He has worked with Republicans and Democrats on this in the Senate.

For example, Donnelly, along with Republican Senator Susan Collins, asked the Obama administration for transition relief for small businesses. This allowed employers and employees more time to adapt their health coverage in line with Obamacare.

According to Braun’s election website, “Government is not the drive of new job creation or economic prosperity” because regulations and high taxes create too many issues with companies to create or expand jobs.

Braun is in favor for simplifying the tax code and repealing Obamacare.

Outsourcing, according to Braun, would harm job creation for Americans.

According to Investopedia, outsourcing is the “business practice of hiring a party outside a company to perform services and create goods that traditionally were performed in-house by the company’s own employees and staff.”

As being an incumbent nominee, Donnelly has already spent six years in the Senate. In his first term, Donnelly outlined an “Opportunity Agenda” to create more jobs and expand the economy.

Donnelly also created the “Donnelly Days,” where he works alongside Hoosiers in a variety of careers in Indiana to obtain a better understanding of the issues important to Hoosiers.

In the U.S. Constitution, Article One provides the minimum and maximum size for the House of Representatives. There are 435 seats where the number of representatives per state is proportionate to population; Indiana has nine. IUS is located in Indiana’s 9th Congressional District.

The House election will be held to elect representatives from all 435 congressional districts every two years. On Nov. 6, the American citizens of the 9th district in Indiana will vote between Democrat nominee Liz Watson or incumbent Republican House Representative Trey Hollingsworth.

In March 2018, Donnelly and Hollingsworth joined to urge the White House to utilize the Office of National Drug Control Policy to track all federally funded actions designed to fight the opioid epidemic.

According to a letter from the legislatures, “Tracking how federal taxpayers dollars are spent on this important issue will help the federal government focus funding on programs that demonstrate success … [and provide] the accountability that the public demands from its government.”

According to Watson’s campaign website, “Indiana opioid overdose deaths have more than doubled in the last three years.” In just one year, the number of deaths increased by 28 percent.

In recent years, the Second Amendment has been a hotly debated topic – especially within high schools and colleges where mass shootings have become increasingly common.

Representative Hollingsworth supports the Second Amendment and understands the value that Hoosiers place upon their guns. According to the “Vote Smart, Facts Matter” website, Hollingsworth had an approval rating of 67 percent by Gun Owners of America and 93 percent by the National Rifle Association.

In March 2018, Representative Hollingsworth voted on the STOP School Violence Act of 2018 to pass into action. The bill reauthorizes the grant program for school security in the Omnibus Crime Control and Safe Streets Act of 1968.

While Watson respects the Second Amendment and recognizes guns play an important role in the lives of Hoosiers, she also stands against senseless gun laws.

Watson opposes the Concealed Carry Reciprocity Act that is pending in Congress, which would require all states to recognize concealed carry permits. According to Watson’s campaign website, “This is an attack on states’ rights to protect their citizens, and it allows people from out of state to evade state background check laws.”

According to MarketWatch, a website that monitors financial and business news, the unemployment rate of college graduates in 2008 was 5.5 percent and in 2018 it decreased to 3.9 percent.

According to the United States Department of Labor, the unemployment rate in January 2017 was 4.8 percent.

Grooms is the incumbent State Senator for Indiana in the 46th district. He has supported legislation that created Workforce Ready grants which help Hoosiers obtain high-value industry certification that can lead to high-paying jobs.

“The state budget is truly balanced. With $2 billion in reserves and two-thirds of our state debt eliminated, Hoosiers are keeping more of their hard-earned income thanks to a 5 percent tax reduction in income taxes,” Grooms stated on his campaign website.

Murray is aware that Indiana is one of the most business-friendly states in the nation; however, she wants to start building the economy by raising the minimum wage and strengthening unions.

Murray’s campaign website states,“Taxes go up, rent goes up, prices go up, but minimum wage rarely goes up. In the past twenty years, Indiana’s minimum wage has only gone up $2.10, while average CEO pay has risen 300 percent. No one who works 40 hours a week should live in poverty.”

Along with the wave of states choosing to legalize marijuana for medical and recreational use is the debate state to state whether or not to legalize.

“Until the Food and Drug Administration approve cannabis for a medicinal purpose, I’m opposed to it being available,” Grooms said.

Murray is in support of legalizing medical marijuana. Veterans with PTSD, chemo patients, people with epilepsy, alzheimer’s, parkinson’s, anxiety and many others would greatly benefit from the use of medical cannabis stated Murray on her campaign website.

“States that have legalized have seen a 25 percent reduction in deaths due to opioid overdose,” Murray said.

Murray stated she doesn’t believe that legalizing marijuana will heal the citizens of Indiana, but it would create jobs and generate greatly needed tax revenue.

The Indiana House of Representatives is the lower house of the Indiana General Assembly, the state legislature of Indiana. The House is composed of 100 members representing an equal number of constituent districts. House members serve two-year terms without term limits.

Legislative authority and responsibilities of the Indiana House of Representatives include passing bills on public policy matters, setting levels for state spending, raising and lowering taxes and voting to uphold or override gubernatorial vetoes. Incumbent republican candidate Ed Clere and democratic candidate Sam Charbonneau are running for the seat.

Senate Bill 461 authorized the following: county-wide needle exchange programs that Clere championed in the spring, Medicaid expansion known as Healthy Indiana Plan 2.0 and a bill that would have required the Indiana State Department of Health to increase its rate of HPV immunization.

Charbonneau plans to address drug reform, making substance abuse treatment more affordable and more accessible than purchasing drugs themselves. Indiana residents pay 1.5 billion dollars annually as result of the effects of the Opioid addiction. The barrier to treatment in Indiana is that medical treatment and mental health treatment is more expensive for citizens than the drugs they are buying.

In recent years, the Second Amendment has been a hotly debated topic – especially within high schools and colleges where mass shootings have become increasingly common.

In 2010, Clere was endorsed by The National Rifle Association Political Victory Fund (NRA-PVF).

In a blog post from NRA-PVF at the time, Chris W. Cox, chairman of NRA-PVF, called for Hoosiers to support Clere, saying: “Hoosiers value their Second Amendment freedoms, and Ed Clere is the clear choice to represent them.”

The race is between incumbent Louisville Mayor Greg Fischer and his Republican challenger Angela Leet. This is the last term Fischer will serve because there is a twelve-year term limit for mayors.

The mayor will sit in on city council meetings and delegate. The mayor is also in charge of all the department heads, as well as working closely with the Director of Public Safety, the police and the fire department to ensure public safety. The Mayor and City Council Members are up for reelection every four years. The terms of office are staggered however, with two council and mayor seats filled at one election and the other three council seats filled two years later.

Leet has said as mayor, she will increase the availability and affordability of addiction services. Leet promises to have an intentional focus on prevention and education to stop the problem before it starts.

In her plan as Mayor, Leet mentions developing a greater partnership between the Mayor’s Office, Jefferson County Public Schools and LMPD to identify at-risk youth to provide them with greater access to prevention education and mental health services in schools.

A large portion of his plan is to reduce stigma, increase trauma-informed care and prevent and reduce youth substance use. Fischer includes expanding diversion from emergency rooms and jail and measuring the quality of treatment programs.

“Addressing this crisis is a top priority for our city as we work to prevent substance use disorder, overdoses and death,” Fischer stated on his campaign website.

According to Neighborhood Scout, 97 percent of communities in Kentucky have a lower crime rate than Louisville, which has a crime rate of 54 percent per 1,000 residents. Louisville is only safer than five percent of U.S. cities.

Leet’s stance on public safety starts with filling the hundreds of vacancies in the Departments under Public Safety including police, fire, youth detention, emergency medical services and others.

According to her campaign website, Leet wants to put a heavier focus on gangs and violent crimes as well as increased lighting in crime hotspots.

Leet plans to focus on restorative practices for at-risk youth and removing barriers and creating incentives for private citizens to acquire and rehabilitate.

Fischer states Louisville has over $400 million designated for the Russell Neighborhood transformation, the Waterfront Park expansion and the new YMCA and Passport headquarters at 18th and Broadway. All of these projects aim to make the community safer.